It all started with me disseminating copies of my internship letters which I acquired from my department mid last semester. I submitted copies of my letters to several institutions in Greater Accra Region since that is my residence. Now, during the early days of the vacation, my church embarked on a four-day camp meeting in the Akyem Tafo district.

As a student who was eager and desperate for a place in an organization, I had a copy of my letters on my phone. I quickly ceased the opportunity to sow my letters in various organizations in the vicinity (without real intention though).

None of the organizations in Accra called me despite my several follow-ups but to my utter amazement, Cocoa Research Institute of Ghana (CRIG) gave me an offer in mid August, asking me to report on the 2nd day of September, 2019.

Fast forward to 02/09/19, I set off from Accra for Koforidua, Tafo at 3:00am and arrived at my already acquired residence at 7:00am. I quickly changed into a white shirt and my grey suit. i was looking smart indeed. 😉 (You know what they say about first impressions)

I was taken through the reporting process along with the NSS personnel who actually made me feel like a cock among bulls and elephants. I was then assigned to the Accounts Division sharing an office complex with 5 other NSS personnel, 4 junior staff members and 6 senior staff members. You can imagine how small I felt with my closely shaved hair and “sakora” beard.

This beautiful lady who introduced herself as Augusta later took me round all the divisions in the organization after which I settled down at my desk, looking forward to my first task. I sat for hours doing nothing and feeling useless till break time at 12:30pm.

My first task was at 2:30pm. I was to deliver a sum of money to a named officer in another division. Apparently, the sender mentioned that the recipient is at the Records Division but out of enthusiasm on my first errand, I heard Stores Division. I treked to Stores Division only to be told that the name I mentioned wasn’t at Stores.

With my tail between my legs, I returned to the sender for clarification. Thankfully, we both laughed about it and I delivered to the receiver at the right division.

Fast forward, it was 4:30pm already as I bade my farewells and off I went home.

So that was my experience on my first day as an internee. Let us know your experience too 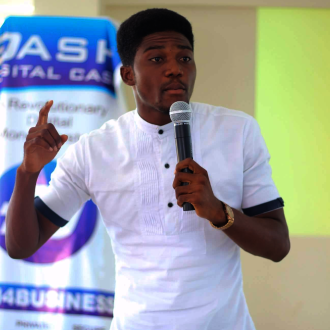