Not so long ago I went through depression triggered by the untimely loss of my mother. In trying to understand how other people have experienced depression, I surveyed some of my friends and these are some of their responses.

You see, in life we all get to a stage where you’ll have that kinda feeling to get a girl friend to date just that some strong and resilient like us don’t give it much attention but it does. How I see the situation was like seeking something from someone only for the date to be due and be told you can’t be helped or it’s impossible. That’s sad. I waited patiently on someone and didn’t get the person so I felt depressed”

How he overcame.
“So I think the realization that,the situation or event that led to the depression is part of life and inevitable so you can easily get over it.”Nana Ama
22 years from Accra
“My case of depression was an intense one, it was very very intense I’ll say,it happened recently ,I lost a friend who was not just mere friend to me. I had found confidence in him and saw him to be my teacher because he taught me so many things I didn’t know. He died out of accident not vehicular accident though. I became terribly scared and thereafter became depressed because the thought of he dying that way was drastic and I felt his death was haunting me and no one knew but I would weep anytime I felt like”

How I overcame it
“I prayed about it and realized death is inevitably in our lives so I had to move on and be hopeful in God for a resurrection some day to come.”

We all may be depressed in one or two ways but we wouldn’t even know if it’s depression. Many discussions with friends, family and others have shown to me that we all have been depressed before and overcoming it sometimes become the problem. Keep watching this space for a write up on the nature of dspression and some suggested ways to tackle it from experts. In the meantime tell us the story of your experience with depression below in the comments. Keep safe! 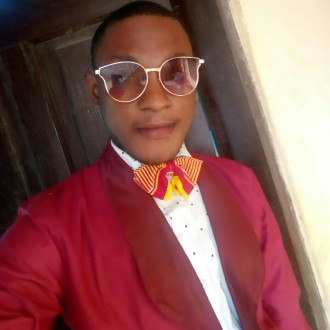