To begin with, let’s take a look at how people including you and I perceive religion. According to some folks it shelters the world from extreme chaos and without it the world will be more disastrous than it is now and it is the only hope and light at the end of the tunnel for the world. These people belong to the bracket of believers or followers of a savior. On the other side of the coin, Steven Pinker, a famous Canadian psychologist once said “The theory that religion is a force for peace does not fit the facts of its history”. From this quote, one can almost smell his atheism. He believes in or follows no religion. Among the two categories above, I count as an atheist. This write up is my candid unpopular opinion I have about religion and I hope you can read it objectively.

No matter which of the many fingers of religion you belong to, the first and basic rule which in my opinion is legitimate and needs no Newtonian or Einsteinian brain to understand is that, your belief is not the ultimate. For instance when a child is born, he or she is synonymous to an empty compact disc. The only side she belongs to automatically is due to the DNA S(he) shares with the parents. Just as the content of a CD is often determined by what the computer offers, so is a child shaped by the society. So if you for example, who identifies yourself as a devout Christian was born in Saudi Arabia, would you have turned up a Christian? The answer, which you know already is a big NO! This means your belief is often a result of where you were raised, so why do you think yours is the original or the best? This idea is nothing but an act of loyalty and nothing more. Christianity, Islam, Judaism, Buddhism and every other type out there is not the ultimate but rather their various doctrines are set up to make the followers feel and think like they are.

This very point may sound controversial to you but from an objective point of view nothing is truer. Your so called holy book is not holy and cannot be the measurement of morality. First reason for this assumption that the world is a  work in progress and each passing day it changes. You can bear witness that Ghana has undergone a lot of changes since the second half of the 20th century. That is one constant characteristic of the world and nothing can be done about it. Meanwhile your book which was written thousands of years ago, is against change so it’s content is only reprinted, goes further to preach misogyny, encourages genocide, slavery, stands up against gay rights and condones many other extreme acts of violence, and claims it is the blueprint for peace and life without blemish? Interesting! The height the world is at the moment is that it is seeking to free women from the archaic bondage, giving people the freedom to speak and associate and make their own decisions. Ask yourself if your “holy book” allows any of these things, read your book  again with an open mind and search for an answer to this question.

It is true that nobody knows tomorrow but the false aspect is that God does. The happenings of tomorrow is determined by our actions today. The actions of mankind is not already written down or controlled by any greater being. If it actually is then you may agree with me that humans are just puppets or actors following a script but in reality it is what you do today that will determine what may happen to you tomorrow. If God or however your association calls him knows the future then he knows each and every occurrences in your life till your death so what then is the point in praying? Do you pray for the script to be changed in your favor or the original general plan for the world to be tempered with? If you don’t agree with this point, I urge you to put your books away for the semester and then fast and pray everyday to pass your exams, or you can decide to not work and make money but rather pray and let’s see the outcome. If God exists, he knows nothing about tomorrow and it’s the same with you, you better start doing the things that will lead you to your dreams and don’t give up.

Religion they say is like internet explorer, you either use it because:

•You’re not smart enough to change it.

•It was there when you started.

Your questions are welcome. 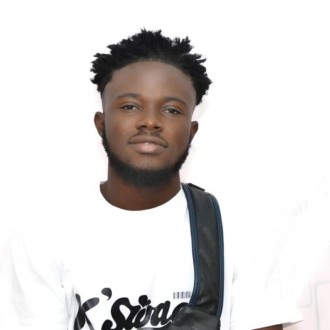