When the Emperor walked into the room, everybody knew he was naked but they all stood there pretending to be admiring his supposedly new clothes. Until the innocent little boy candidly blurted out the obvious, all the party guests were ashamedly suppressing the urge to crackle up in laughter. That is why when the small boy screamed “The Emperor is naked”, they had no reason to pretend anymore. The truth which had been glaring in their faces had been named; the Emperor indeed had no clothes on. But truly, the little boy wasn’t telling anyone anything that they didn’t already know before.

Every year, University admissions increase exponentially. This year alone, more than twenty thousand students have been admitted into one public university or the other across the country and very soon they will all be examined, their scripts collected and sent to the marking room, or whatever they call it for marking and grading. Like the little boy in our Emperor’s ball room, the question I am asking is “who is going to mark the scripts”?

In some public universities like our very own UEW, admission of students and employment of new lecturers do not go together. As the number of students increases, it would have been in order that the number of lecturers also increases, but sadly that has not been the case over the years. This has resulted in the situation where the few number of teachers who were already burdened by the duties of continuing students, receiving double loads of responsibilities with the arrival of fresh students. It is not surprising to have one lecturer instructing about 300 totals of Level 100 students, some 550 approximated numbers of continuing students per semester. Now you ask yourself, with this workload, how does he get the time to set questions for quizzes and end of semester exams and still be able to mark all 850 examinations and quiz scripts more or less, and successfully enter all corresponding grades of each student into their portal?

In various instances, some of these duties are relegated to departmental Teaching Assistants (TAs). They are tasked with such duties as marking quiz scripts, compiling scores and sometimes assisting in the marking of end of semester exams script. In theory, this sounds like a good solution to the problem of under-staffing of various departments on campus but the end result of their involvement in grading students can be catastrophic. Perhaps my use of “catastrophe” to describe a “harmless action” of lecturers allowing their TAs to mark students’ scripts is somewhat dramatic and an exaggeration. But the situation on the ground can speak louder than what that innocent word can. And if you think I am making a fuss about a no big-deal issue, you are absolutely correct as I am only proclaiming the obvious.

It is a shared knowledge that Teaching Assistants in various public universities mark the exam scripts of students and not the lecturers themselves. Some will argue that the lecturers go over what their assistants do but that is just wishful thinking. It is something you say to calm yourself down, when you think of the fact that, the answers you practically struggled to provide, though they come close to the actual answers will be rejected by some TA who is strictly playing the book, marking your script exactly as the Marking Scheme dictates, whereas a lecturer would have been sympathetic towards you and given you a half mark.

There have been instances where stories are shared of some of these TAs using this opportunity to exploit small girls. You may call it sex for grades or grades for sex, or refute the assertion altogether and it won’t change the reality. As long as the fate of students are left in the unmerciful hands of teaching assistants, anything that is worthy of being swept under the carpet is bound to happen.

So, what can you do about this?

Actually, you can’t stop the tide from coming to the shore. The proverbial system has always been like this, and I am tempted to think that even when there were twenty students to one lecturer some years past, there were people who marked the scripts of students apart from the lecturer. So in practice, there is nothing that can be done to influence what goes on those cold grading rooms. However here are some few things you can do for yourself:

✔ Attend every lecture and make your own notes from the lectures

This may seem like an obvious thing to do but a lot of students skip lectures hoping to copy lecture notes from colleagues or reading materials. One thing you should know is that every lecturer has a teaching philosophy and this translates into how they asses you. Whereas some may accept alternative answers other than what they gave out as notes or slides, others want you to reproduce whatever they gave you word for word during exams. If unfortunately you meet a lecturer like that, bear in mind that his marking scheme will contain answers from his lecture notes and there is no way giving an answer outside this perimeter will save you, especially when he is not the one marking your script. So my advice for you is to attend the lectures and make your own notes so you will give expected answers during exams.

An eligible handwriting will save TAs a lot of pain from trying to guess what you have written. A lot of times even lecturers complain that they find some handwriting of students unreadable. This can lead to a situation in which your right answer will be marked down because it is difficult to decode whether that first letter is “h or n” for instance. So please do yourself the favour by writing clearly and eligibly especially during quizzes and exams, else your grades will be taken for vanishing – eventually. And finally,

Now that we have named the elephant in the room and everyone knows that everyone knows your examination script may find its way into the hands of some TA, it will be prudent of you to give premium attention to what is actually taught in a semester or year. Do not delude yourself into thinking that your worth as a student or graduate for that matter is what is written on your transcript, sometimes it can impress, but never make that the ultimate aim of your striving. Develop in yourself a serious mind-set for academic excellence that goes beyond grading. Let your prospects be more by mastering the course content because it is what separates the wheat from the chaff a few years down the lane.

Indeed the worse is yet to come if Universities are not staffed adequately as their population increases exponentially. A time will come when our fear of “lecturers not marking scripts at all but award grades by magic” will become a reality. Maybe it will not happen or maybe it will, but when a lot has been preached about man being the architect of his own destruction, I believe we can be the engineers of our own good as well by taking precautions and presenting ourselves such that it will be difficult for the system to doom us fatally.

What have you heard about TAs in our Universities? Share your experiences with me in the comment box below.

5 THINGS YOU MUST DO (ONE WEEK TO Reopening)

In order to maximize your university/college relationship experience, here are a few tips and tricks

DEAR FRESHER: What not to wear to lectures

You’ve Heard of them but how well do you know them. Meet some of UEW most Famous Students.

Who wins the 2018 National science and maths Quiz

All Eyes on the former NSMQ champs-PREMPEH COLLEGE 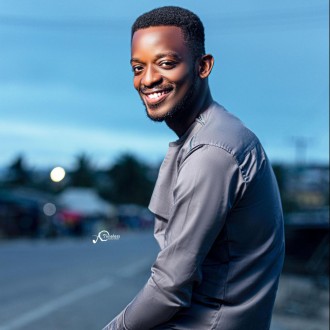